Don’t worry, it’s not about getting pregnant. Though it helps you to get there. If that’s what you want.

So, pregnenolone is a hormone (see! We ARE talking hormones here – we’ll get to the ones you’ve heard of soon enough) that actually helps to produce a whole lot of other hormones, like estrogen, progesterone, testosterone, DHEA, and cortisol (oh look, we got to ones you’ve heard of much more quickly than expected).

What is the NUMBER ONE coolest thing about pregnenolone? It’s produced from CHOLESTEROL, that thing that everyone talks about like it’s the devil incarnate. Turns out cholesterol is pretty damn important for your overall health and well-being, nanabooboo.

Okay, childhood tantrum aside, let’s begin with some of the ways that pregnenolone works for YOU, baby. It:

So yeah, it’s pretty cool. And it’s also damn important to understand how it’s related to those other hormones you are probably more interested in, namely estrogen, progesterone, and testosterone.

Word To Your Mutha

Pregnenolone is often referred to as the “mother” hormone (though one website I came across referred to it as the “grandparent” of steroid hormones – can you guess the sex of that author?). As I mentioned above, it’s made from cholesterol, mostly in the mitochondria of the adrenal gland, though some is made in the ovaries in women and testes in men, and also, interestingly enough, the brain (hence its memory-protecting activity).

**It’s very important to remember that pregenolone is (mostly) made in the adrenal glands. Do you know what else is? Cortisol, which you’ve probably heard a bit about. But we’ll come back to that later.**


So when that pregnenolone is thinking about converting to sex hormones, who’s deciding it’s time? You guessed it – the PITUITARY GLAND!! Remember, you learned last week that the pituitary releases Luteinizing Hormone (LH) and Follicle-Stimulating Hormone (FSH)?  Well, LH binds to target cells that promote the transfer of cholesterol to the inner mitochondria, and there is where the all the pregnenolone magic happens.

Okay, if it’s not, lemme draw a little picture (or really, let someone else do it, in this case, Lionel Robertson: 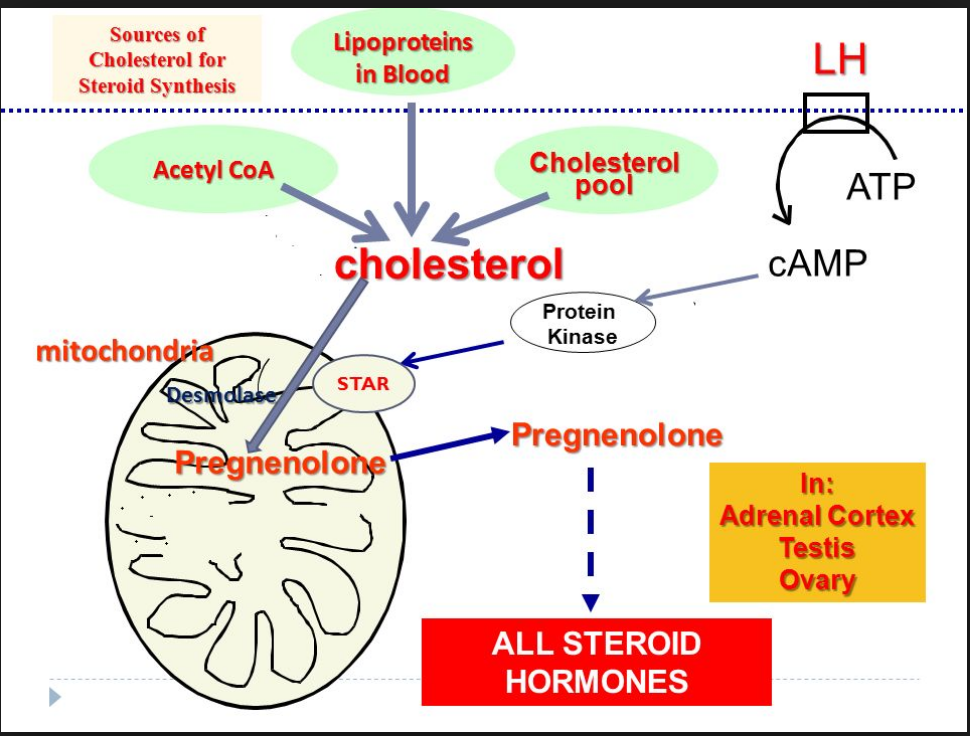 So as you can see, LH nudges cholesterol to do its thing and create pregnenolone.

Finally, we can get to the nitty-gritty of why pregnenolone is so damn important: 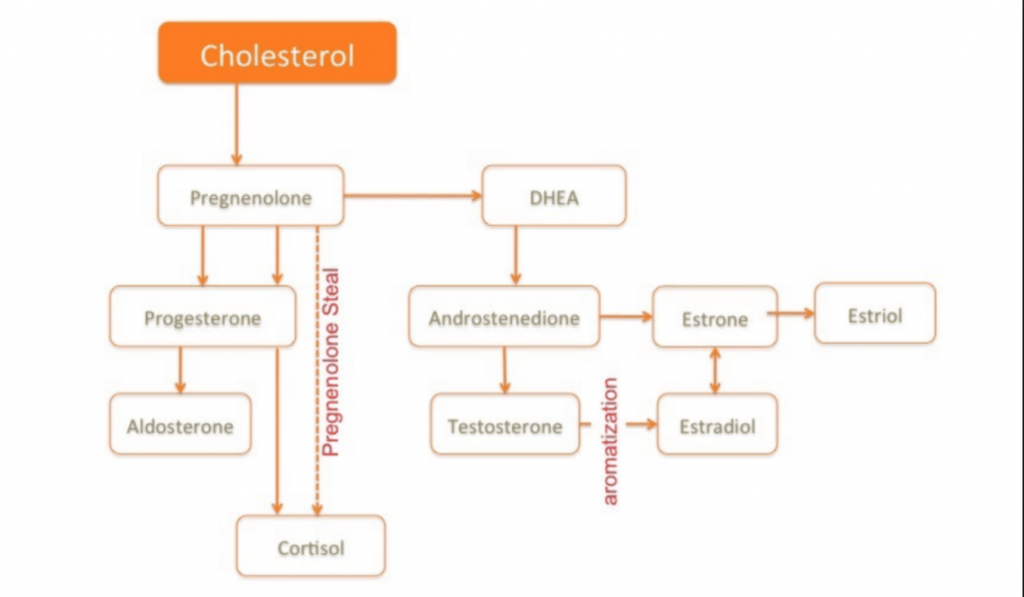 
So yeah, we’re gonna go in-depth into the phenomenon of pregnenolone steal in a later post, because a lot of women face a host of physical and emotional menstrual issues due to this unfortunate occurrence.

In the meantime, how do you go about supporting your pregnenolone production? Well, let me start off by saying do not supplement with it unless you are instructed to do so by a very knowledgeable and savvy hormone-educated medical professional. It may cause steroid-like issues, including anxiety, anger, acne (yes, all the “A”s), mood changes, irregular heartbeat, and hair loss. Definitely don’t take it if you are on birth control or hormone-replacement therapy.

When it comes to pregnenolone support, first and foremost, get the idea out of your head that eating natural foods with cholesterol is a bad thing. Yes, your body produces 80% of the cholesterol you got going on, but you still need some from food. Good sources? Pasture-raised eggs, butter, and meat.

Eat foods high in vitamin C – broccoli, Brussels sprouts, cauliflower, red peppers – and the B vitamins – fish, eggs, liver, carrot, spinach, bananas, sweet potatoes. Vitamin C helps to increase progesterone levels and vitamin B6 does the same (if you are going supplemental form, it’s a good idea to take a B complex because they work synergistically).

Bring down your stress. As mentioned above and we’ll go into great detail later, your body will produce cortisol over your sex hormones any old day. That’s because you literally won’t be able to survive today if your body doesn’t get the cortisol going. But your brain thinks that progesterone, estrogen, and testosterone can wait (though it really can’t). So the more you are stressed, the more that pregnenolone is going to be converted to cortisol, leaving little leftover for your other fabulous keep-your-wits-about-you hormones. Some great ways to bring down your stress include meditation, acupuncture, epsom salt baths, EFT, and adaptogenic herbs.

Alright, that’s it for this lesson! Head over here next, where we get into the good, the bad, and the fabulous about PROGESTERONE. See you then! 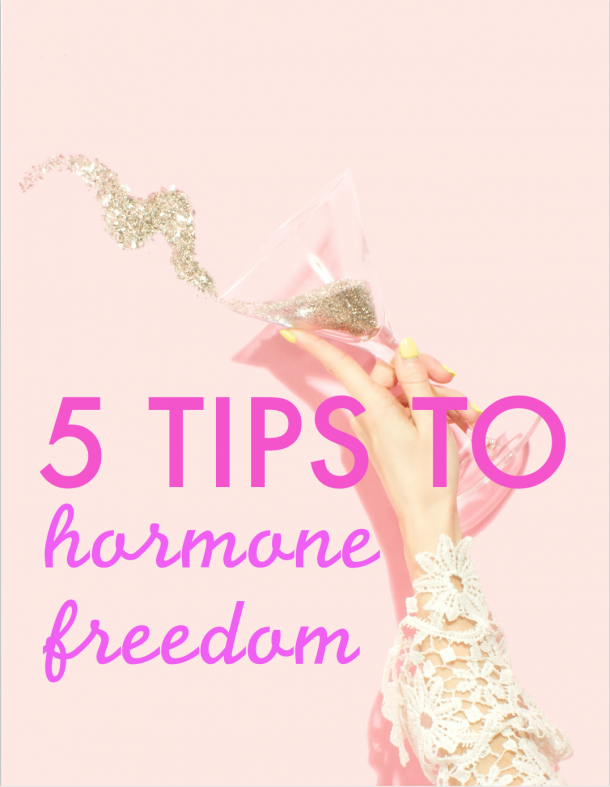 Ready to take control of your hormones?

Get started with your free 5 Tips to Hormone Freedom

Sign-up here to get your free gift, and to connect through our mostly weekly newsletter covering all things hormones (and yes, gut health, since they are intimately connected!).

You'll get tips, tricks, and freebies and discounts that no one else does. And of course, we never share your info. And of course, you are free to unsubscribe at any time!

Congrats, we are now connected and good stuff is coming your way! We love having you here, so as a thank you, here's your free "5 Tips To Hormone Freedom" to get you started.

Ready to take control of your hormones?

Get started with your free 5 Tips to Hormone Freedom

Sign-up here to get your free gift, and to connect through our mostly weekly newsletter covering all things hormones.

Congrats, you are now a part of our optimal health crew. We love having you here! As a thank you, here's your free 5 Tips to Hormone Freedom guide. 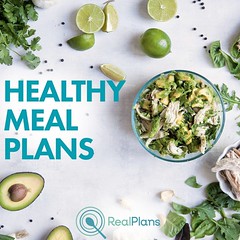